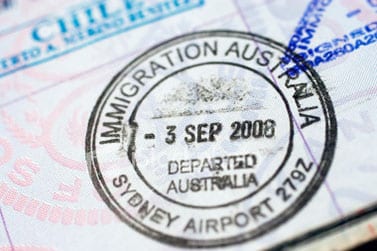 Chile and Australia’s trade and investment relationship has strengthened considerably over the past few years, most notably by the signing of the Double Taxation Agreement (DTA) (or “Convention between Australia and the Republic of Chile for the avoidance of double taxation with respect to taxes on income and fringe benefits and the prevention of fiscal evasion”) in 2010.

The DTA’s main objective is to “promotecloser economic cooperation between Australia and Chile by reducing taxation barriers.”  The DTA will benefit individuals and corporations alike and will certainly make it even easier to operate in both jurisdictions.

For corporations, the DTA will affect the treatment of withholding tax on profits, shares, royalties and interest. Prior to the DTA, all profits repatriated to an over seas parent company were subject to a 35% withholding tax. The DTA now provides that business profits are to be taxed only in the recipient’s country of residence (unless profits are derived through a branch or another prescribed permanent establishment in that country). In addition, dividend withholding tax has been reduced from 30% to 5% for inter-corporate dividends on certain non-portfolio holdings, and to 15% on all other cases.  Withholding tax on interest is to be reduced from 10% to 5% where the interest is paid to an unrelated financial institution.  Royalty withholding tax has also been reduced from 30% to 5 to 10%.

In addition, the term “permanent establishment” has been defined in the DTA which provides more certainty to corporations.

The team at Harris Gómez Group can assist you in understanding not only the general provisions of the DTA but specifically how it will affect your business.

Written by León Lanis, Paralegal Chile is in a period of political…
Read More

Written by Anamaria Correal, Trademark Attorney During November, all eyes have been…
Read More