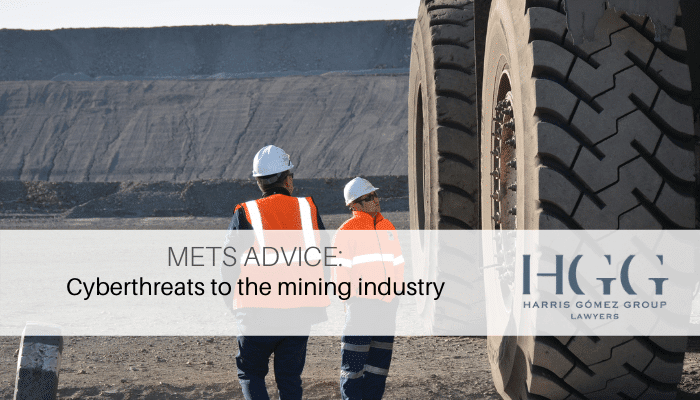 The METS industry is constantly evolving. More and more, technology is applied to increase productivity, and by using automatisation and artificial intelligence many mining companies have been able to save costs and time, in relation to extraction and production.

Since 1990, the METS industry has started applying innovative technologies with automated programming. Previously, METS companies mainly relied on GPS mineral location and high speed wireless communication, but nowadays it has evolved into the use of automated drilling systems (which are far more ecological in use and safer to operate), automated transportation systems (such as automated hauls), Mining Communication Systems (or MCS), and automated safety protocols for risk mitigation inside the mines.

But while the technological transformation of the mining and METS industries has come with a number of exciting benefits, it does come with a risk that must be managed — cyberthreats. It is common to think of cybersecurity as a purely IT problem, but cyberthreat actors like criminals, governments and activists understand that targeting the METS and mining industries can help them in achieving their own goals.

NIST (US National Institute of Standards and Technology) defines cyberthreats as “any circumstance or event with the potential to adversely impact organisational operations, assets or individuals through an information system”. There are a few cyberthreats that are of particular risk to the METS industry, including:

NIST defines a threat actor as any individual or group posing a threat. Some of these threats include:

Knowing the many threats there are for the industry, there are several things a company can do to keep itself safe, including the following:

METS companies should not be scared of this new technology, but at the same time, it is important that companies recognise the importance of cyber security in order to mitigate risks before they arise. We invite you to talk to our experienced team today about how we can assist with data protection requirements.