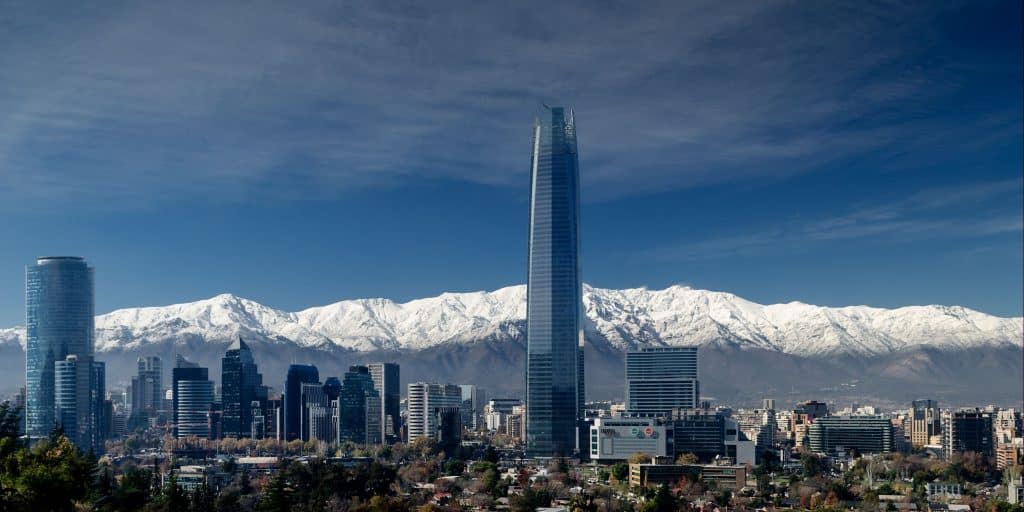 On October 1st, the Chilean Tax Reform entered into force. At its second stage of revision, the Senate included relevant changes, all of which aim to keep Chile as an attractive investment destination as well as reducing some of the negative effects the tax reform may have on the economy.

In this article, we intend to explain some of the major changes and how they may affect foreign investment. In particular, how investors can protect themselves from unexpected changes or unwanted business results.

A reform of this extent and depth has not been seen in Chile in over 30 years and experts, for a range of reasons, have generally criticized the tax reform. However, although there are major changes, a well-informed investor is still in a good position to make profitable investments in Chile and use the country as a platform to invest into the rest of Latin America.

The seriousness of Chilean authorities to promote investment in the country and the background legislation to protect business has not changed. With that being said, the tax reform is an obstacle that needs to be considered.

On this regard, the original tax reform draft has undertaken several improvements that will require an understanding of the different alternatives the new law provides. Some of these key issues could determine how the tax reform affects your business.

Probably the most significant enhancement of the original draft has been the incorporation of a second tax system that gives the possibility for all taxpayers, to choose the system that best suits their business plan. Furthermore, for small and middle size businesses, there is a new simplified tax system with important advantages that may be worth looking into, especially for smaller companies. In this regard, our view is that some small companies will be in a better position than before.

Besides a special regime for smaller companies, from 2017 onwards, there will be two parallel tax systems, with significant differences between the two. In either case, the main characteristic of the Chilean taxation will remain the same; that is the integration of taxes as a basis of income taxation.

The integration of taxes has been celebrated by economist all over the world and was not left out by the tax reform. Integration implies that capital is not taxed twice, as it is almost everywhere else. This is clearly an advantage for company owners that do not want to see there own capital taxed at a company level and yet again at a personnel level. The Corporate Tax charged at the first tier is used as a credit to pay the final taxes at a second tier, either to off-set the withholding tax (WHT 35%) or the surtax (personnel taxation). Currently, surtax has current rates ranging from 0% to 40% but will decrease to 35% in the higher threshold by year 2017 when the tax reform is fully in force. This measure was meant to water down the effects of the tax reform, although in our opinion, it´s still does not give enough tax relief to companies. In fact, it is inevitable that companies will have less cash flow due to the upturn of the corporate tax rate that will increase from the current 21% to 25% or 27%, depending on the tax system you choose.

Maybe one of the more important measures to reduce the adverse economic effects of the tax reform has been the introduction of two tax systems. The first and unprecedented tax system has been denominated System (A). In this regime all “Attributed Income” will be taxed on an accrued basis at a corporate tax rate of 25%, despite undistributed profit. Under this system, the taxpayer will be entitled to use 100% of the tax credit, the same as today, however taxation on an accrued basis results in an immediate tax burden for shareholders once a corporate earnings is produced. In a way, this system is inspired by CFC rules but widely applied as a general norm. This system benefits small and middle size companies that distribute all its cash flow every year and have no issues with being charged on an accrued basis.

On the other hand, if this tax system is not appropriate for the business, the taxpayer may choose to be levied under System (B), also known as the “Partially-integrated Tax System”. This regime will have a corporate taxation of 27% by the year 2018 and will levy profits on a cash basis, but the tax credit will be accounted against the final taxation (WHT or Surtax) and will only be allowed up to 65%. That is, 17,55 (27*65%), instead of 27 if the 100% was used as credit as in system (A).

The advantage of this system resides on the fact that the final taxation is deferred until cash is distributed to shareholder`s or partners. Only then, the final taxation is triggered (WHT or Surtax). However, once the remittance or distribution of profit is made, a 44,45% overall tax burden will apply on foreign residents or owner`s of companies that are in the top threshold of personnel taxation bracket (surtax). The exemption will be for non-residents of countries with which Chile has signed a Double Taxation Agreement (DTA). The overall tax burden for these taxpayers will remain at 35%, even in this latter system, as a 100% of the credit of corporate taxation will be applicable.

Clearly shareholders (or partners) with residence in a foreign country that has a DTA in force with Chile will have an advantage over foreign investors without such an agreement. This is a very important issue to take into account while doing business in the region and opting for a specific tax system.

Why discriminate against non-resident investors that originate from a country that lack a DTA with Chile?

The answer is found in the so-called “Chile Clause”. Every DTA that Chile has signed contains a special clause called “cláusula Chile”. According to this clause, the tax reduction on dividends does not apply to Chilean entities. In other words, this clause overrides the preferment tax rate for dividends maintaining the overall tax burden of the 35% WHT (instead of 5%, 10% or 15%). The condition and reason for the existence of such clause is the integrated tax system. The clause states that provided Chile maintains the integrated tax system it will override the 5%, 10% or 15% rate on dividends maintaining a 35% WHT. Otherwise, every time profit were remitted abroad from Chile to a country in which Chile has a DTA, would have a very low tax burden. This is because the corporate tax in an integrated system is only on advanced payments of the final taxation, which is concluded ultimately through the payment of WHT. When this tax is triggered, the amount that was not covered by corporate taxation must be paid. In a way, it is assumed that the corporate tax (currently 21%) cannot be lower than the final taxation. The taxpayer fulfills the tax burden by only paying for the remaining taxes that were not yet paid (35% – 21% = 14%) which is actually paid as WHT.

During the process of the tax reform, there was discussion that a partially integrated system, that gives only 65% of the credit against final taxes, would not fulfill the clause requirement of “maintaining an integrated system”. If it did not, taxes on dividends would drop to 5%, 10% or 15% depending on the DTA. For this reason, the legislators gave foreign investors, who are residents of a country with a DTA, a 100% credit therefore fully integrating the corporate tax and WHT. This means that instead of having an overall taxation of 44,55%, the 35% tax burden has remained as today. This tax burden is in line with the OCDE countries, and even lower.

When deciding which tax system to apply, taxpayers will have to bear in mind their situation and if they can take advantage of this important benefit.

In regard to the options that taxpayers have, if they do not exercise this right, the individual business persons, individual/personal companies of limited liabilities (SIRL), communities and personal companies, with the latter two cases only when composed by natural/moral people, will default to the “attributed income system” or system (A). All other taxpayers will default to the “partially integrated” or system (B).

There are legal formalities that must be fulfilled in order to choose from one system or other. The formalities will depend on the legal structure of the company. The closed or publicly held stock companies are a good example. These companies will need a shareholders meeting where 2/3 of the shares with voting rights will have to approve the tax system they want to follow. It may occur in the future that the different tax systems will benefit each shareholder differently. This has been one of the concerns raised; however there is a legal process to settle controversies inside companies and well informed shareholders should be able to make a good decision for themselves and for the company.

The most relevant changes, as the ones mentioned in this article, will enter into force by the year 2017, therefore during the commercial year of 2016 most applicable decisions should be made and already studied through.

In the meanwhile, we will do our best to keep updating our clients with the most relevant changes according to the Chilean IRS office rulings, which we expect to be published by next year as well as supporting them through expert insights as the implementation of the tax reform keeps developing.

Miguel Guerrero Fuentealba is a Senior Associate with the Harris Gómez Group, an international and multidisciplinary firm, specializing in cross border transactions between Australia and Latin America.

Miguel advises clients on taxation, legal structures, labour law and other commercial matters. Miguel worked for Deloitte Chile within their international tax division.  He has an extensive amount of experience advising multinational clients on tax related matters related to domestic legal compliance, tax planning, repatriation of capital and due diligence reports on tax and legal compliance.