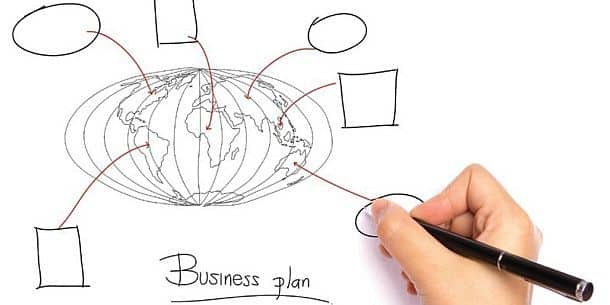 Harris Gomez Group has been assisting companies enter the Chilean and the Latin American region for over 10 years. On many occasions, we work with clients from their initial set up, helping their management teams understand the various differences in the way things are done in Chile.

Once a company is legally established and bank accounts are opened, most companies start thinking about bringing money into Chile in order to fund the purchase of equipment, office space and employees. One of the areas that we work with clients quite closely is in using inter-company loans as a tool to fund the new operation.

Inter company loan agreements are a standard tool across the world with small variations depending on the legal and accounting system used in the respected country. In general, the issue with inter company loans and taxes is that while the company may consider it a loan, government agencies may view it as an equity investment. If it is an investment, it must be treated differently by the recipient, and creates a complicated tax situation. Inter company loans must be conducted at arm’s length with a clear loan agreement to demonstrate that it is a loan within the company, not a movement or investment of capital, and the borrower has an obligation to repay it at set terms.

Below we have highlighted some of the points one must take into consideration before executing an inter company loan agreement for a Chilean subsidiary.

Harris Gomez Group highly recommends to reinforce the transaction with a written contract between the parties. In addition the relevant taxes must be paid (even without a formal written contract in place).

In our opinion, from a legal perspective a “mutuo” or loan of money or loan of consumption would be the best contract to set up between these companies, although promissory notes are also a valid alternative.  The mutuo has the advantage that the parties may agree on further details related to the terms and conditions of the loan, the time when the loan will be paid back, instalments of payments, interest, guaranties, etc.

The above loan contract is necessary to establish the taxes to be paid.

In an operation of this kind (and even without the written document) the debtor or borrower will have to pay stamp tax duty. Generally speaking, documented loans and undocumented foreign loans are subject to stamp tax duty at a 0,033% of their value for each month (or fraction of month) between disbursement and maturity, with a cap of 0,4% (0,033 *12), therefore, loans to be paid over a year period of time are levied with this maximum rate. This tax is imposed on the loan principal indicated in the document (interest are levied apart). For loans with no maturity date payable on-demand, the tax increases up to 0,166%. The renewal of a loan may be exempt from stamp duty if certain requirements are met.

Consequently, Harris Gomez Group recommends a loan (for consumption) what here in Chile is known as “mutuo” documented before the end of year 2016, before a Notary Public that will be in charge of withholding the stamp tax duty. The tax to levy the operation will depend on the manner and period the loan shall be paid, according to the tax rates indicated above.

In regard to the withholding tax (“WHT” or “Impuesto Adicional”) the loan itself is not subject to WHT, since it is not considered profit repatriation by Chilean legislation, however, all interest or commissions related to the loan is subject to a tax rate of 35% that may be reduced to 4% in some cases, for example interest deriving from foreign loans granted by foreign banks.

If the beneficial owner of the interest is resident of a country with which Chile has a Treaty to Avoid Double Taxation (“TADT”), reduced taxes may be available, however the 4% rate is better than the ones provided by TADT. In addition, the Chilean IRS has ruled that when parties do no compel with thin capitalisation rules the preferment tax rates of DTA do not apply. In other words the 35% tax rate prevails over 5%, 10% or 15% that the TADT may provide.

In case the borrower and lender are related, thin capitalisation rules do apply. Among other cases, the parties are deemed to be related when the lender directly or indirectly owns or participates in 10% or more of the capital or profits of the borrower.

A borrower is in an “excessive indebtedness situation” when in a commercial year, its debt eligible for the 4% reduced tax rate exceeds the 3/1 ratio its tax base equity (debt/equity). The tax base equity is calculated for this purpose according to special rules. The recent tax reform introduced further norms in what is to be considered debt and stricter rules related to calculation, providing among others that from year 2015 it will be done on an annual basis.

Finally it is important to indicate that since the transaction is between two related parties, one of them from abroad, the operation will be subject to transfer pricing rules. This means that the loan must comply with the “arm´s length” principle as if a third independent party had given the loan. This also suggests that it is prudent to indicate an interest on the loan, specially, if there are large amounts involved. On the other hand, not having an interest would avoid WHT, but there would have to be an important economic reason to explain so. However no “extra margin” is sent abroad when interest is not applied. In this regard please bear in mind that TP norms in Chile are in line with the OCDE recommendations, an although the Chilean IRS focuses its attention on big transactions it has the right to asses and apply fines on the transaction when these norms are overstepped.

Finally, it must be said that structuring your investment in Chile through loans may be a good exit plan strategy to repatriate funds back to the head office. The principal of the loan is free of taxation and interest may be taxed with 4% or 35% depending on the case. On the other hand dividends are taxed on a 35% rate, despite a TADT in force (“Chile Clause”) and for countries with no TADT hike up to 44,45% when the tax reforms is fully applicable.

Harris Gomez Group specifically works with companies that originate from Common Law countries such as Australia, Canada and the United Kingdom. Our team of local and Common law Lawyers work with trained Accountants who understand international reporting standards and can explain concepts in plain English.

If you have questions about taxation, cross border or commercial matters, please do not hesitate to contact our offices to coordinate a meeting.