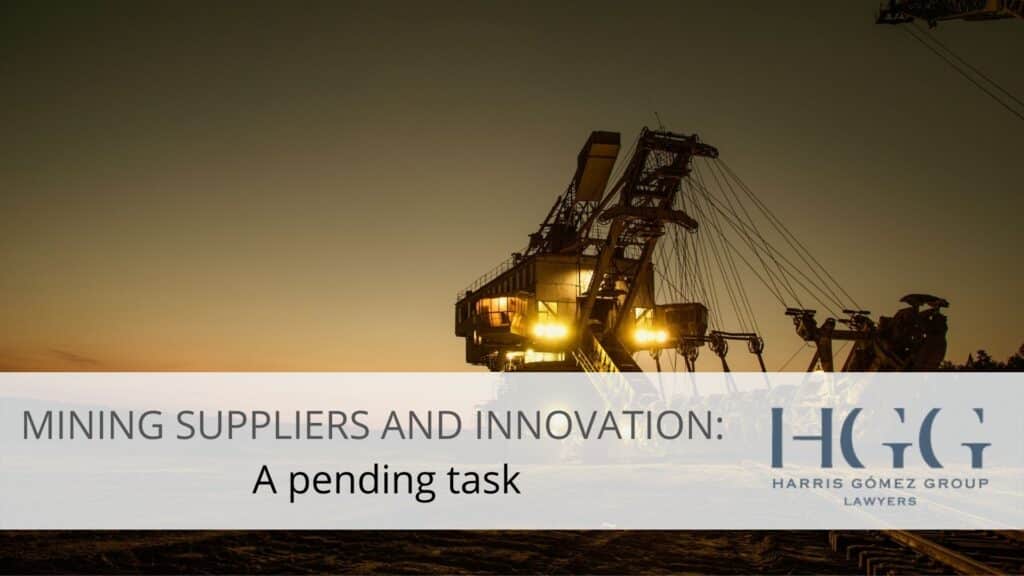 Chile is recognised worldwide as a mining country. It has a large amount of mineral resources, including copper and lithium, both minerals considered strategic for the country’s development.

But the relationship between mining and Chile goes beyond resources and reserves: mining has been present throughout Chile’s history, from before the arrival of Columbus to America to the present day, and forms an essential part of its identity as a nation, as well as being one of the pillars on which Chile’s economic and social development is based.

However, mining in Chile today faces critical challenges that need to be addressed and overcome in order to maintain its international competitiveness standards. Among these challenges are the high cost of electricity, the scarcity of water resources, and the shortage of qualified human capital.

In order to meet these challenges, the Chilean Mining Supplier industry is critical. As mining companies in Chile are carrying out profound transformations in their production processes, for example, to incorporate the concept of sustainability into production, the demand for innovative services and a market for specialized Mining Suppliers are growing.

But are Chilean Mining Suppliers prepared to support the mining activity in facing these challenges?

While it is true that in recent years Chile has experienced the emergence of a growing innovation ecosystem, the Chilean Mining Supplier companies are lagging behind.

The latest innovation survey in large mining suppliers (2020) showed that while 95% of the companies surveyed reported being involved in some form of innovation-related activities, only 14% reported having formal structures and processes that support the management of innovation projects. Moreover, only 10% reported having a budget associated with innovation, and almost one-third of companies reported “zero” expenditure on innovation (Source: Survey on Innovation in Large Mining Suppliers (5th version) DEPP 23/2020).

These figures represent a stark contrast between, on the one hand, the ambitious innovation targets of the mining industry and, on the other hand, the low interest of domestic mining suppliers in investing in innovation and development.

Why are Chilean Mining Suppliers Lagging Behind in Innovation and Development?

This phenomenon is typical of small and medium-sized mining companies, to which innovation and development appear as two unaffordable concepts.

In contrast, large-sized mining companies have assumed the responsibility of investing in innovation and development. However, and unfortunately, in many cases, these companies have adopted the decision to develop and execute their innovation projects directly without the support of any domestic mining suppliers or through the procurement of international mining suppliers’ services. According to the Research Report on Development and Innovation in Chilean Mining 2020, half of the innovation processes carried out by mining companies in 2020 were carried out directly by such companies, with no participation of suppliers. Moreover, the same report noted that the value given by large mining companies to mining suppliers as a source of information for innovation averaged 2.2 between 2009 and 2018 on a scale of 1 to 4 (Source: Research Report Development and Innovation in Chilean Mining 2020). The above implies the existence of an apparent mistrust on the part of large-sized mining companies towards suppliers.

This mistrust ultimately translates into a vicious circle: if mining companies do not consider local mining suppliers to participate in the execution or development of innovation projects, then such suppliers will not have access to opportunities nor resources to innovate, then they will not be in the condition to offer solutions to the Mining Industry, then large mining companies will decide to execute innovation and development projects without domestic mining suppliers.

So what can be done to build a relationship of trust between the mining industry and the mining suppliers industry in Chile to boost innovation and development?

Building a Relationship of Trust: The Australian example.

Australia represents an excellent example for Chile regarding development policies for mining suppliers in the innovation and development sector.

Since 2001, Australia has implemented the so-called Industrial Action Agenda, which has generated substantive changes in the METS sector (Mining Equipment, Technology, and Services), establishing tax exemption measures for the benefit of companies that carry out research, innovation and development programmes and training of employees in the development of new technologies.

Additionally, in 2016 Australia launched the METS Ignited Initiative, which is part of the Australian Government’s Industry Growth Centres Initiative from the Department of Industry, Science, Energy, and Resources. METS Ignited works with Australian suppliers to the mining industry, global miners, research organisations, and capital providers to improve the international competitiveness and productivity of the Australian METS sector.

These measures aim to strengthen collaboration in the mining innovation system, build a relationship of trust between mining companies and mining suppliers, and create a virtuous environment for developing new innovative technologies that solve industry challenges. As a result of these actions, Australian METS companies contribute today with approximately 15% of Australia’s GDP (in Chile, mining suppliers contribute only 7%) and provide more than 1.1 million jobs. Moreover, Australia has become a leading producer and exporter of technical and professional services for mining worldwide.

Fundación Chile and the Expande Programme

Notwithstanding its differences with the Australian reality, Chile has begun to understand the importance of creating an innovation ecosystem based on trust that involves mining companies and suppliers and other relevant actors of society, such as Universities, Public Entities, and Start-Ups.

One example is the Expande initiative, created in 2017 by Fundación Chile, BHP, Codelco, and Antofagasta Minerals. This Programme aims to incentivize the participation of mining suppliers in the development and execution of innovation projects for the mining industry in Chile and abroad.

Expande is a public-private open innovation programme that seeks to promote an ecosystem of local suppliers that can generate knowledge from Chile for the national and international mining industry. This Programme aims to respond to the demand for innovation of mining companies by incorporating technologies in relevant areas such as occupational safety, operational continuity, asset management, environment, work with communities, process efficiency, and interoperability.

One interesting feature of the Expande Programme is its platform where both mining companies and suppliers can register. This registration allows the mining company and the mining supplier to articulate and promote a collaboration network and facilitates exchange, scaling, and knowledge transfer.

In more than four years, Expande has managed to prospect more than 1,600 suppliers and more than 2,300 solutions in different degrees of maturity, many of which are being successfully implemented in the industry.

Innovation is crucial for the mining industry. It allows it to maintain its standard of competitiveness and face the current challenges, such as the climate change emergency, water scarcity, and energy transition.

To encourage the participation of mining suppliers in innovation and development projects is necessary to create a virtuous innovation ecosystem that creates the conditions to build a relationship of trust between mining companies and suppliers. Australia’s METS policy is an interesting example for Chile in this regard.