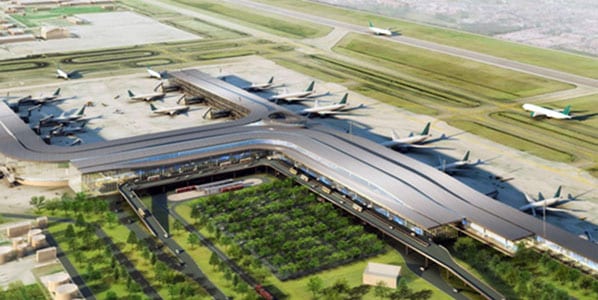 Colombia has launched two tenders to carry out early stage design studies for the El Dorado II airport, a new terminal that the government is developing in Bogotá in anticipation of a boom in passenger traffic.

The second facility will be built on a separate site from the existing El Dorado airport, which is itself undergoing a US$1.1bn expansion. The government expects to finish the new airport in five years.

Authorities have yet to determine a price tag for El Dorado II, something that the studies aim to address.

National aviation authority Aerocivil is overseeing one of the tenders, which is for a 4.8bn-peso (US$1.8mn) contract to develop a master plan for the new airport.

The contract entails carrying out socioeconomic, meteorological, operational, connectivity, and land studies, among other analyses, to outline a roadmap for the project. Bids are due March 30, while a winner will be announced by mid-April. The bidding terms are available, in Spanish, at this link.

Infrastructure agency ANI is carrying out the other tender, for a 910mn-peso consultancy study to design the financial and legal structure of a public-private partnership (PPP) for El Dorado II. The study must also incorporate the expanded El Dorado airport.

“The idea is to structure the strategic, financial and legal components of an PPP project that integrates the existing El Dorado airport with the new El Dorado II,” Colombian Vice President Germán Vargas Lleras said in a government release.

Bids for the ANI tender are due April 6, while the agency will award the contract at the end of the month. The bidding documents are available here.

Harris Gomez Group can assist with the bidding documents, translations and other legal / commercial aspects that companies may need. Please do not hesitate to contact our office if you need any assistance. Please contact us at hello@hgomezgroup.com