Are you liable for your Subsidiary? 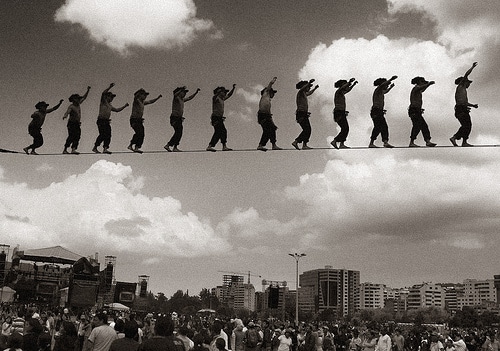 With the growing rate of business between Australia and Latin America, many Australian businesses are choosing to incorporate wholly owned subsidiaries in Latin America. Establishing Latin American subsidiaries allows parent corporations to secure foreign economic gains and satisfy foreign legal requirements while minimising their exposure to legal and financial risks.

However, it must always be kept in mind that subsidiaries are in fact distinct legal entities, even when wholly-owned. This means that it is the role of the subsidiary’s directors, or there equivalent, to manage the subsidiary. This includes making decisions that are in the best interest of the subsidiary, regardless of whether those decisions adversely impact the parent corporation. The role of a director is not a nominal one, and both the subsidiary and the parent company must recognise and understand those obligations.

What becomes confusing is when a parent company becomes liable for the actions of its subsidiary. In Australia, a parent company can be recognised as a shadow director of its subsidiary, thereby attracting liability. A similar situation can occur with multinational corporations, where a parent company essentially directs and maintains substantial control over the actions of its foreign subsidiary. Therefore, control is one of the primary factors attracting parent liability, and corporations should assess what degree of control they require before incorporating their foreign subsidiary.

For example, many corporations may wish to deal with their subsidiaries at ‘arm’s length’ in order to avoid liability. Others may wish to mitigate risks and implement rigorous control mechanisms over their foreign body. The more control a parent company has over its subsidiary, the more likely a court will pierce the ‘corporate veil’ and impute the parent with liability for its subsidiary’s actions. This means that corporations must assess the right balance of control and liability before incorporating a foreign subsidiary.

Jurisdiction should also be taken into account when contemplating control. A number of international cases have shown that the more control the parent corporation wields over their foreign subsidiary, the more likely the proceedings will commence in the parent jurisdiction.

Different jurisdictions pose different opportunities and challenges. For example, Australian corporations are more likely to favour Australian courts due to the familiarity and availability of common law remedies. On the other hand, foreign jurisdictions may be far better suited, especially where they may already have specific mechanisms and remedies in place for specific types of disputes. In this respect, enforcement is a significant factor to consider.

Enforcing a decision on a foreign jurisdiction will probably end up being a difficult and costly affair. Therefore, from a practical and commercial point of view, in many circumstances it is far more sensible to utilise the foreign jurisdiction to resolve any foreign subsidiary disputes. Overall this means that when a parent corporation contemplates the degree of control they want over their foreign subsidiary, they must pay particular attention to how each jurisdiction will affect their rights.

The recent Canadian decision of Choc v. Hudbay Minerals Inc. (2013 ONSC 1414) is viewed as important precedent for imputing liability on the parent company and for commencing proceedings in the parent jurisdiction. Up until now, Canadian companies have been able to confine litigation to the subsidiary’s host country, with the benefit being that the legal standards are generally lower. However, the Ontario Superior Court identified three circumstances where the corporate veil can be pierced, simultaneously allowing the Canadian court to have jurisdiction over the matter:

We recommend that companies take the following steps to help mitigate any potential risks:

Harris Gomez Group advises multinational companies who have operations in Latin America. Our team is able to complete a high level due diligence to better understand if you subsidiary poses a risk to the parent company. Please feel free to contact our team if you have questions.