Colombia in the Spotlight 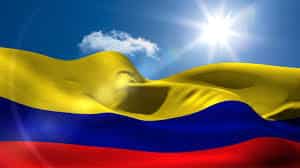 Recent reports have shown that Colombia’s economy grew less than expected in the second quarter but still expanded at a healthy pace. The government spent heavily on infrastructure and consumer spending has remained strong.

Construction led the growth sectors in the second quarter, expanding 10.2% on the year, while the finance sector also did well, growing 6.1% on the year. Meanwhile, the mining and energy sector, as well as manufacturing, showed modest declines.

The government’s increased spending on infrastructure has strengthened Colombia’s oil-driven economy, making it a front-runner in the region, Over the last few months, the Colombian government has proposed a number of legislative changes that will affect important sectors. The following are some of the most important changes:

In a move to speed up and ease the financial cost of infrastructure projects, Colombia has changed compensation rules when the state purchases or expropriates properties.

The new changes will allow compensation not only for expropriations, but also for voluntary property sales, recognising both lost profits and damages. Until now only expropriations were compensated, leading to long legal disputes. Local media sources have reported that the new rules will reduce transactional costs by 30%- 40% and speed up the complete process significantly.

Colombia plans to accelerate the environmental permit process for mining companies, according to a senior government official.The government intends to publish a decree establishing a 70-day timeframe in which authorities must respond to requests for environmental permits. The current limit is 90 days, but companies often have to wait longer.

The new decree will also determine whether national or regional authorities should be in charge of issuing permits, depending on the size and impact of the projects. The time limit for permit modification requests will remain unchanged at 60 days.

In addition, the government plans to overhaul the national environmental licensing authority to ensure it complies with the streamlined time limits. The government also wants to require mining companies to seek environmental permits for exploration and not just mine development.

As part of the new rules, performance bonds for mining concessions must be contracted separately for each stage of a mining project. As a result, separate performance bonds must guarantee the exploration and construction stages of a project. These performance bonds must be contracted independently of each other, as opposed to one policy covering the entire project. The regulations also state that an insurance contract cannot be unilaterally terminated for non-payment of premiums, and that each guarantee must last the duration of a project, including any delays, plus an additional three years.

Colombia is improving and the government is committed to make improvement which is reflected in this years World Bank’  “ease of doing business” report. Colombia has now passed Chile as the top country in Latin America and improved its ranking from 53rd to 34th. The jump in ranking is mainly due to several reforms that passed this past year.

Harris Gomez Group is able to help companies and investors who are interested in Colombia.  Our team of bilingual lawyers, who are both Common Law and locally trained, are well situated to assist foreign companies. From setting up a company to assisting with commercial matters, our team has helped numerous Australian, Canadian and UK companies with their investments in a growing and exciting market.