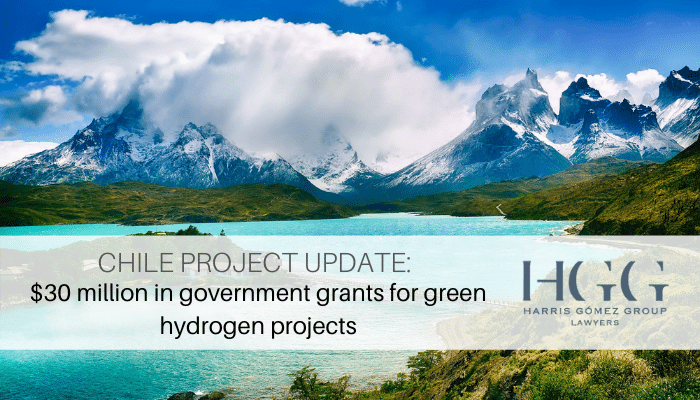 In recent years, global attention has been focused more actively on green energy. Nations have committed to reducing greenhouse gas emissions to tackle climate change, moving towards sustainable development. To achieve this, green hydrogen has become one of the key players.

Chile is moving to become one of the largest exporters of green hydrogen globally, and aims to do this by making it a cost-competitive climate solution. Late last year the Chilean government launched a “National Strategy for Green Hydrogen for Chile”. Juan Carlos Jobet, the minister of energy, pointed out that: “Chile’s enormous wealth of renewable energy would allow it to produce the most competitive green hydrogen on the planet and on a large scale.”

As part of this strategy, the Corporation for the Promotion of Production (CORFO), the Chilean Economic Development Agency, is offering $30 million in government funding to support the development of green hydrogen projects larger than 10MV, for projects with an implementation date prior to the end of 2025. The project is open to national and international companies and/or consortiums. This project aims to co-finance long-term investment in electrolysers.

CORFO is currently holding a consultation period on the tender, with the proposals for this competitive funding process for green hydrogen projects due in September 2021.

Chile has the renewable resources as well as the power market environment to produce the world’s most affordable hydrogen. Moreover, it is expected that green hydrogen will assume a leading role in the global energy transformation; government investments in this clean industry will lead to further growth, job creation and will contribute to Chile’s 2050 carbon neutrality goal.

Chile is an attractive destination for investing in clean technologies. Chile aims to become the world’s lowest-cost producer of green hydrogen. Moreover, green hydrogen and its derivatives will play a fundamental role in Chile’s transition to clean energy and the wider push to slow down the effects of climate change.