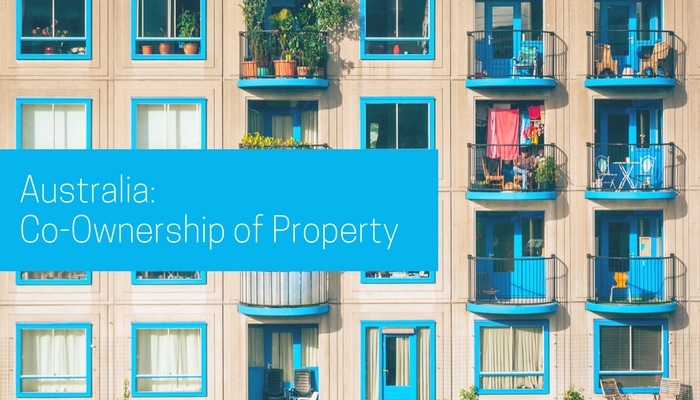 Owning a property in Australia over recent years has become increasingly difficult. Particularly in the last five years, the larger housing markets such as in Sydney have been subject to much debate due to the sharp increases in house prices, ultimately making it far more difficult for first home buyers to break into the market. In conjunction with the increase in housing prices, the general cost of living in Sydney has also increased exponentially, in particular in regards to the rental prices. People’s dreams of owning a home are becoming harder although ‘co-ownership’ can be a way to mitigate rising home prices.

Co-ownership can be a useful investment alternative to break the property market, especially for young first home buyers. It can allow younger people to overcome the obstacle of higher house prices by being able to divide costs associated with purchasing a property. Generally speaking, co-ownership is where the estates and interests in land are held by two or more people at the same time. Under current law, there are two forms of co-ownership.

This form of co-ownership is based on  four key characteristics which are:

Without these four characteristics, joint tenancy is unable to be afforded. One key distinction between joint tenancy and tenants in common is the right of survivorship. If one tenant dies, the surviving tenant now owns the whole property as the interest has passed. Most commonly joint tenants are married spouses as the assets upon death transfers.

Similarly to joint tenancy, tenants in common have identical rights to possession of the whole property however the four characteristics do not have to be present. Generally tenants in common may have separate titles for the property and their interests may be in different proportions. The indication of separate interests is the clear distinction between tenants in common and joint tenancy. In conjunction with this, tenancy in common carries no right of survivorship. Tenancy in common can be the preferred method of young investors to own property with their friends or families as it also provides asset protection in their interests in the property however are generally liable for each of the co-borrower’s debt associated with that property.

Harris Gomez Group is an international law firm with offices in Santiago, Bogotá, and Sydney. In Australia, our residential, commercial and industrial real estate law practices represent individuals, developers, investors, lenders, and business users in the purchase, development, financing, sale, and leasing of real estate. Over the last 21 years of operating, we find that our clients appreciate the quick turnaround times and fixed pricing.

To better understand how we can support you, please contact us at hello@hgomezgroup.com