Australian Tax Amnesty: Do You Own Overseas Property, Shares Or Bank Accounts? 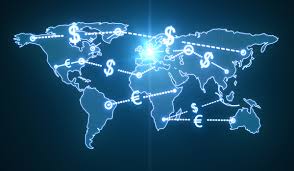 The Australian Taxation Office continues its campaign to track down the offshore bank accounts of Australians, amid a global effort to improve tax transparency.

This is an opportunity for all Australians who have engaged in previously unreported offshore financial activities to get their tax affairs in order. Increased international cooperation means the net is closing in on tax evaders around the world.

In recent years, information sharing between countries has increased significantly. Banking data is being exchanged routinely and automatically and the G20 is promoting global tax transparency. Even countries previously thought of as tax havens, such as Switzerland and the Cayman Islands, are working with tax authorities around the world to increase financial transparency.

One of the biggest problems facing any Australian taxpayer with money in an offshore bank account is how to bring it back to Australia without being subject to questions by AUSTRAC, the ATO, or the Australian Crime Commission, especially if the amount of money is substantial. With that being said, the tax amnesty is not only for the wealthy. Many Australians have overseas bank accounts, overseas properties or have inherited shares or bank accounts for a variety of reasons.

¨Project DO IT¨ is a tax amnesty program by the Australian government that will allow Australians to disclose omitted income and assets with very little penalties and non-disclosure to other government agencies.

With a cut-off date of 19 December 2014, Project DO IT is an initiative unlikely to be repeated by the ATO according to industry experts. First announced in March 2014 by the Commissioner, the Project DO IT initiative covers amounts not reported or incorrectly reported in tax returns, including:

Benefits of this initiative for taxpayers

If the tax office accept your voluntary disclosure under this initiative, these are the benefits that will apply:

Harris Gomez Group Sydney office can assist individuals with questions about the tax amnesty. With time running quickly down, this is a great opportunity for individuals who have lived overseas, inherited foreign properties or shares to organise their finances and comply with Australian law.

Harris Gomez is the Managing Partner of Harris Gómez Group.  Harris has over 20 years of legal and business experience between Australia and Latin America. In 2001, he founded the Harris Gomez Group and was the first Australian Law firm to have an office in Latin America.